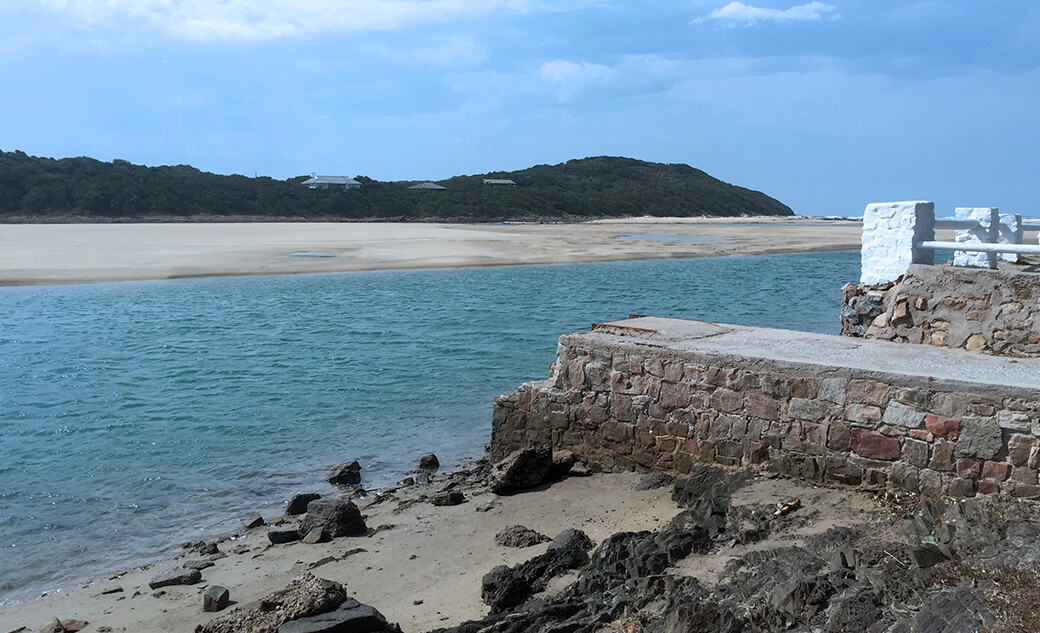 Dave Curran says: ‘In late August a westerly wind driven storm resulted in a strong surge tide in the Kariega Estuary with a consequence being that the slipway jetty broke clean off its mountings. The jetty was found beached on the inland side of the road bridge. An Estuary Care recovery team comprising Stuart Clarkson, Chester Wilmot, Nick Albrightson, Dennis Dallas, Dave Curran, Clifton Mente, Goodman Mkombonu and Patrick set about retrieving both the floating section and walkway which fortunately was still intact. Bearing testimony to its solid construction the jetty proved to be very heavy and after much grunting and groaning, we managed to get all the components back onto the Kenton side of the estuary and onto the back of Chester’s truck which was at maximum capacity once loaded. The jetty will now be refurbished and placed back in position at the Kariega slipway when complete’. 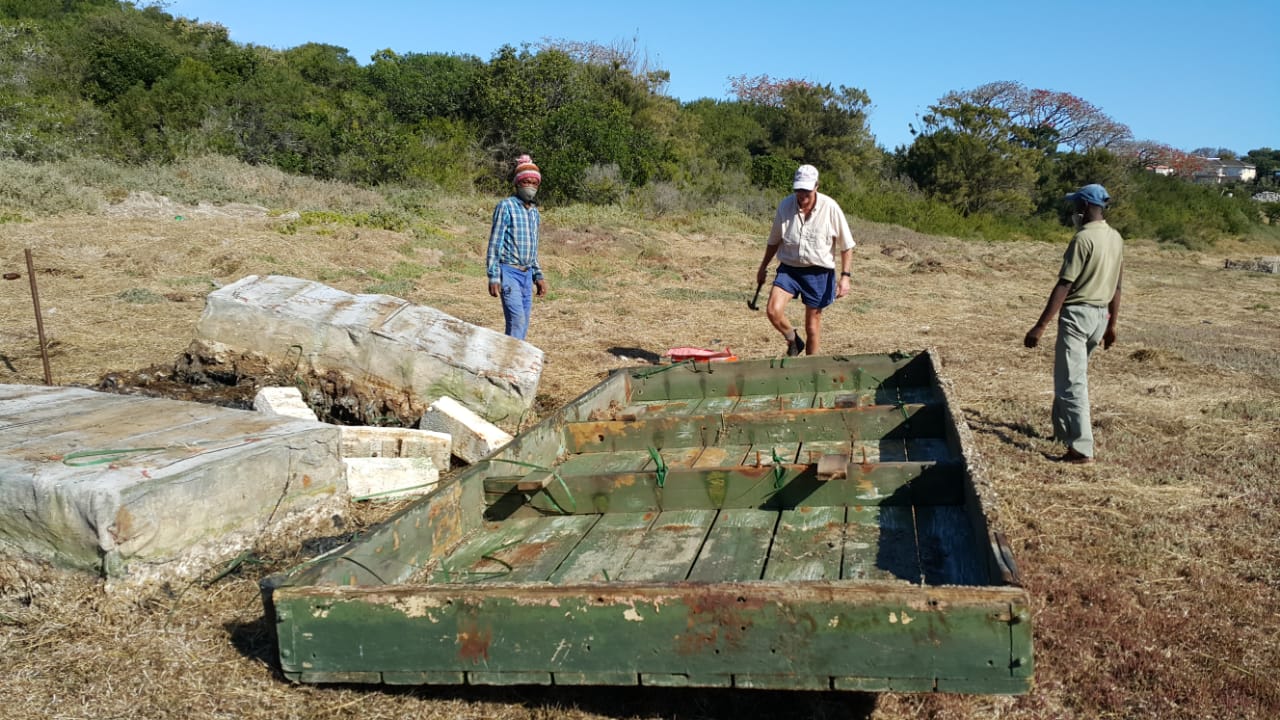 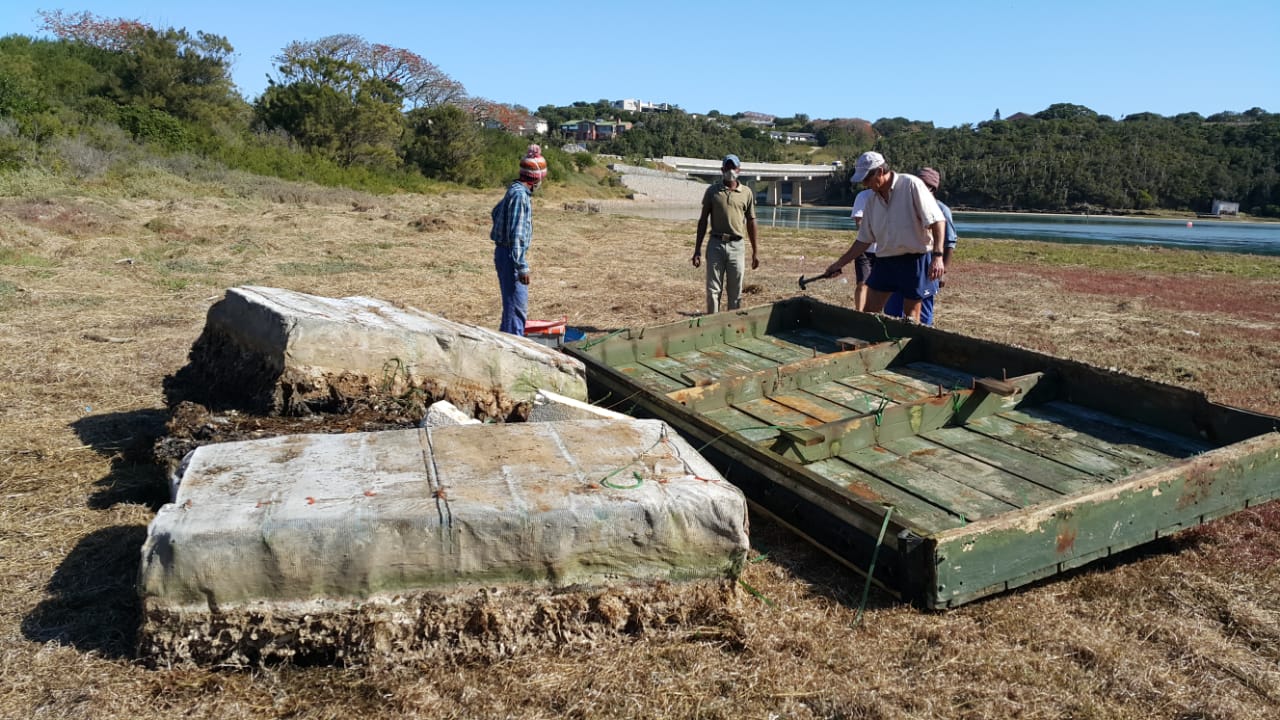 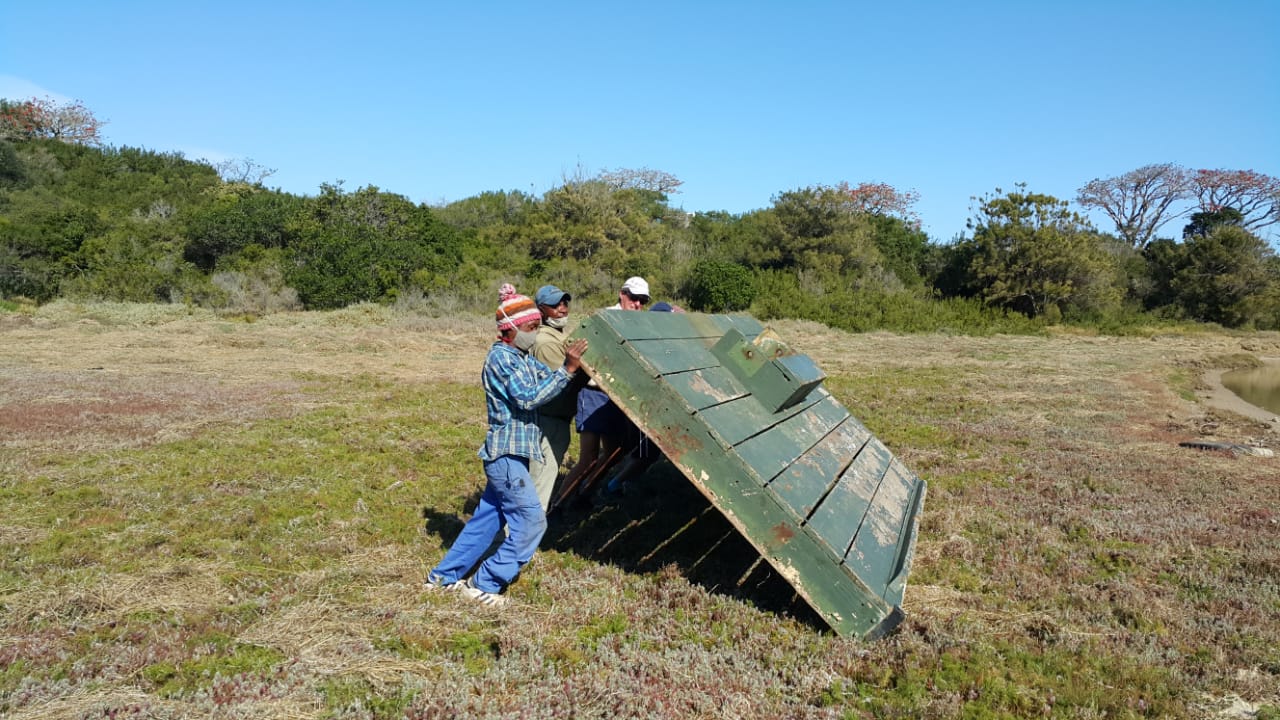 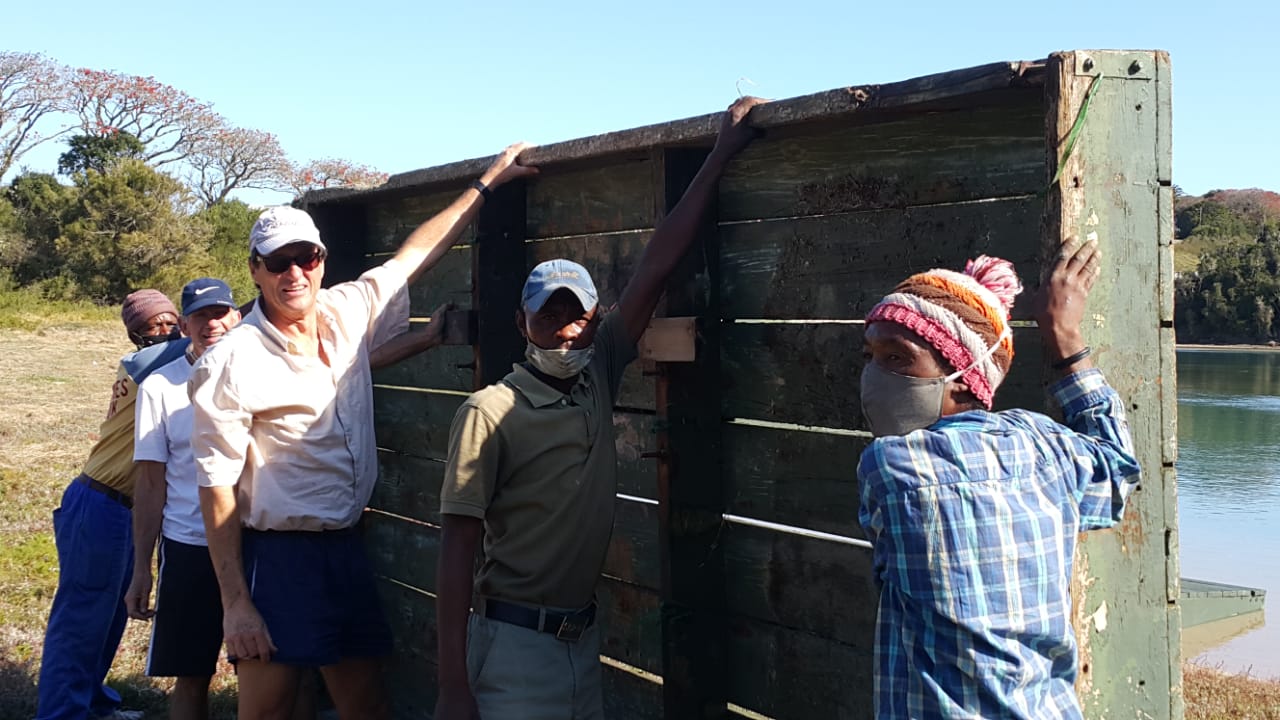 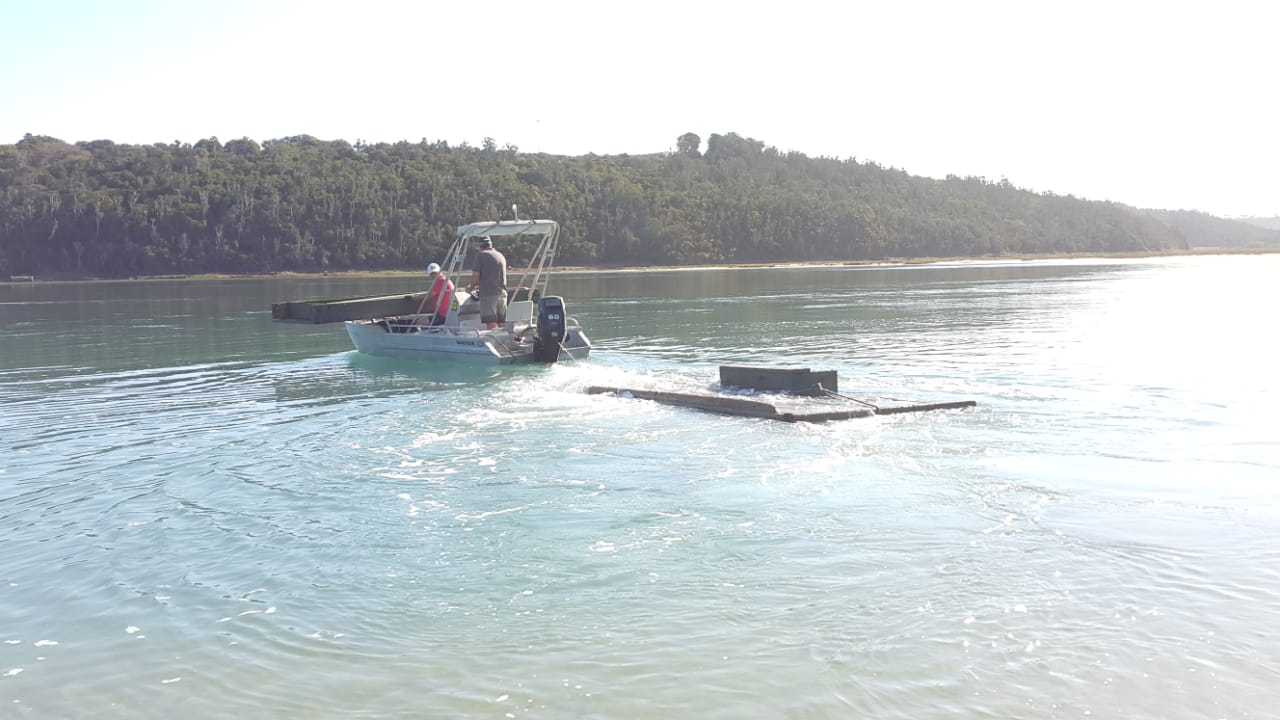 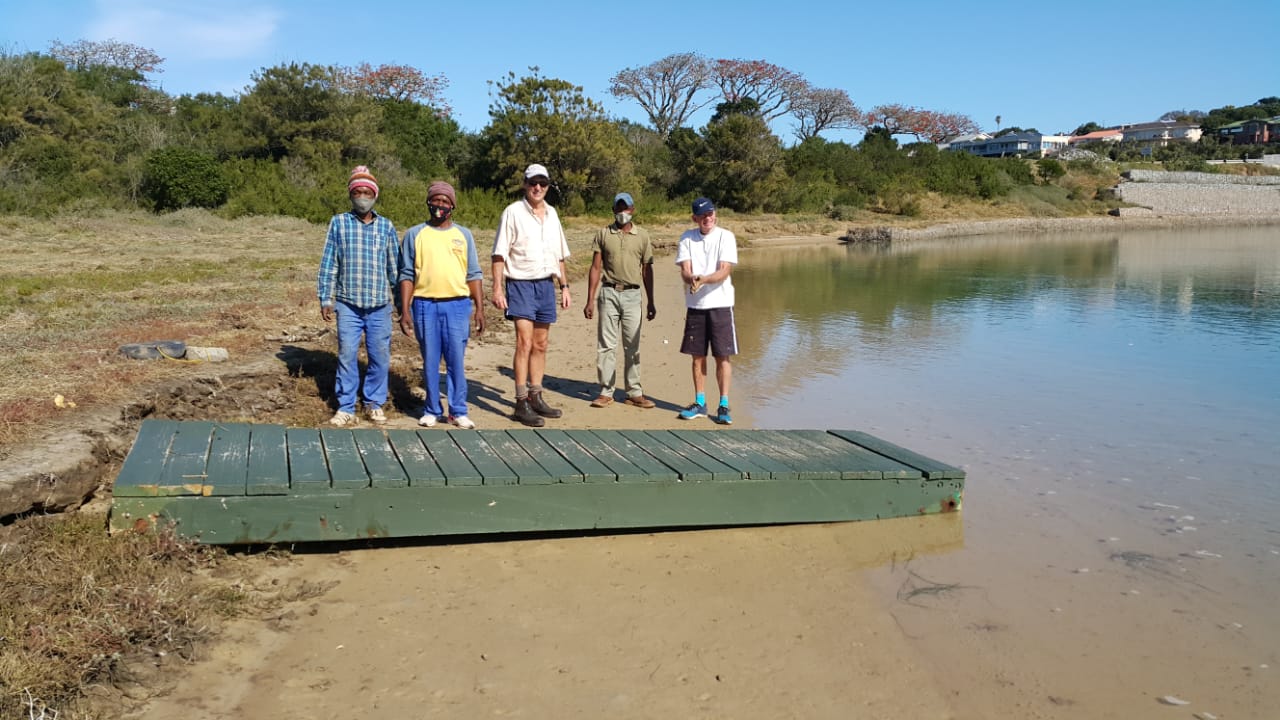 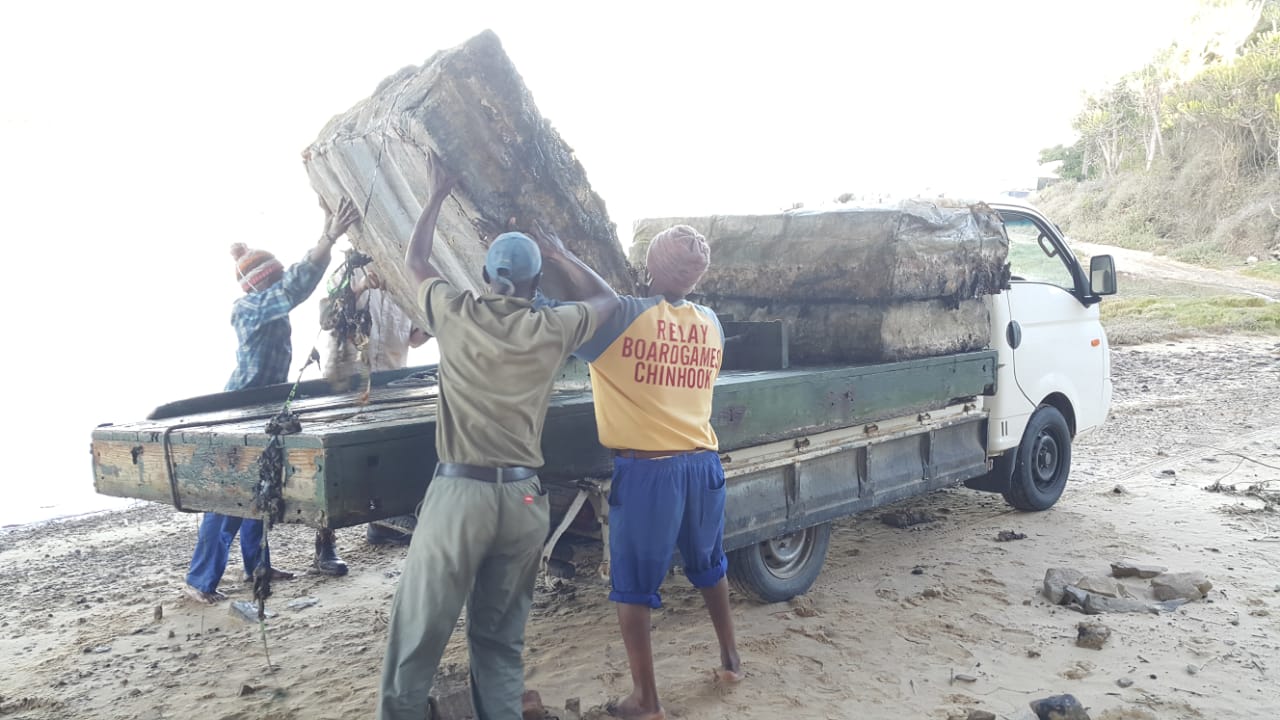 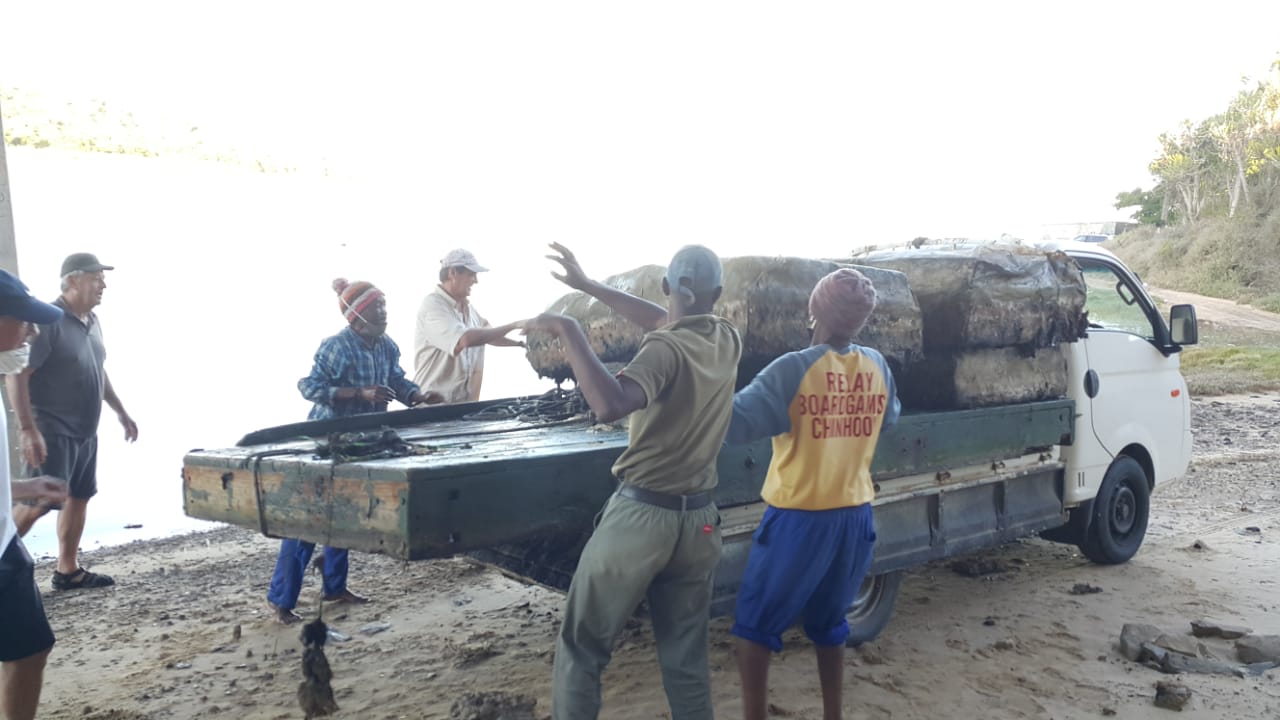